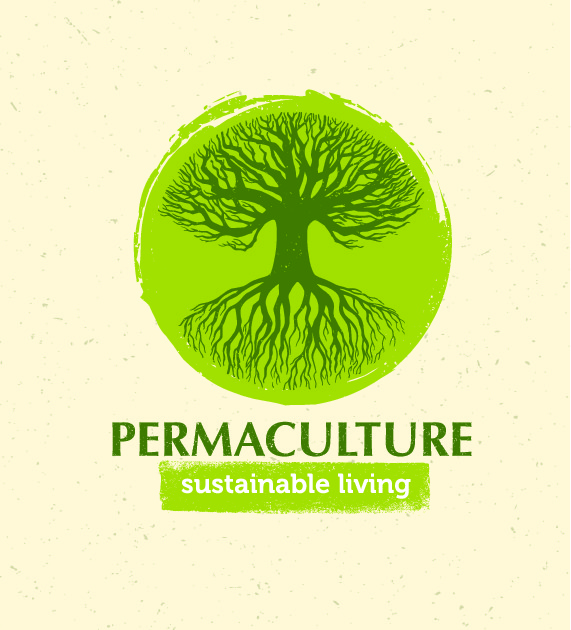 Permaculture was born in Australia in the 1970’s from the intuitions of Bill Mollison and David Holmgren. Despite the peculiarity of the Australian territory, Permaculture’s principles are so universal that they can be applied everywhere and, more importantly, there is no better time to start than the present one. In Italy too, there are many reasons to practice this system or, better said, this “philosophy”, but for now we will only give you 5, which we believe are good enough.

1. In order to protect agricultural land. 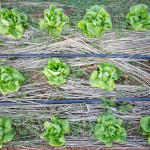 Every day 70 hectares of land are “consumed” in Italy and the main reasons are: the urbanisation advance, that compete for land with agriculture, and traditional farming activities, that lead to erosion, loss of organic matter (fertility) and biodiversity, along with soil compacting and salinization.

Permaculture allows to create natural systems and human settlements that are sustainable over time. It offers an approach to land management in which the functions of animals, plants, people and earth are recognised and integrated in order to maximise the results and create sustainable human environments. 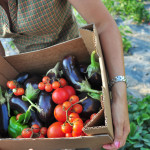 In the last decades many farming activities have been abandoned because they were considered not profitable enough and because of the migration of part of the population to bigger cities. The result is that today, also due to the economic crisis, the younger generations struggle to find an employment, while the agricultural sector has a desperate need to renew itself and create new life and consumption models.
Permaculture can be applied to every human activity and, so far, its greatest expression has taken shape within ecovillage projects. This new form of community could also become useful to recreate those forms of social gathering that have been lost due to the more frequent shifting from real to virtual world.

3. To protect an agri-food heritage that is unique in the world. 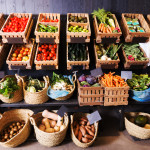 Italy counts for 7,300 edible vegetable species and 58,000 animal species (European records). In the US, first producer worldwide, only 6 species of wheat are cultivated…in Italy they are up to 140! Single-crop cultivations are destroying our soil and the selection of the “best” species only based on their productivity or cultivation/crop convenience is gradually making disappear local and ancient species selected by man and nature over thousands of years. Permaculture supports biodiversity and soil care for improving these aspects and receiving the greatest benefits possible.

4. To fight against hydrogeological instability 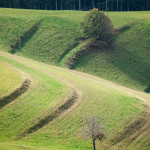 We all know very well the damage caused by hydrogeological instability in our country. How many times did we see pictures or scenes of flooded fields, flooded rivers and villages swallowed by mud? Also, every time there is a heavy rain on single-crop fields, soil gets eroded and ends up in rivers and drains until it reaches to the sea as fastest as possible. Resource management is fundamental in Permaculture, starting from soil and water, but with minimum require of maintenance works. Swales are dug along contours, absorbing up to 80% of water. In this way humidity remains in the soil for longer periods of time, available for plants and trees. Among the benefits of this practice there is a lower need of water for irrigation and a more sustainable land design capable to cope also with adverse weather conditions. 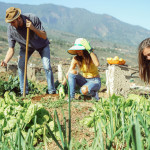 The ethics and principles of Permaculture embrace different spheres of life: land and resource management, self-production, renewable energies, education, health, etc. Producing your own food means being freer from the need to purchase food that often is not organic or coming from foreign countries and, at the same time, we are less dependent from money and salaried work. Producing your own energy, even just a part of it, means being freer from the energy market (constantly subjected to crisis) and indirectly not contributing to wars for the control over oil or other energy resources. We live in a beautiful country and we have the chance to employ renewable energies of different nature much more than other countries can do, but we keep on importing oil and gas from abroad. Finally, in order to be free to choose an ethical life alternative, to provide for your own needs in a more conscious and sustainable way and to create the base for a future when man and nature have both a leading role instead of acting like rivals.

SILENT RETREAT: the magic of silence