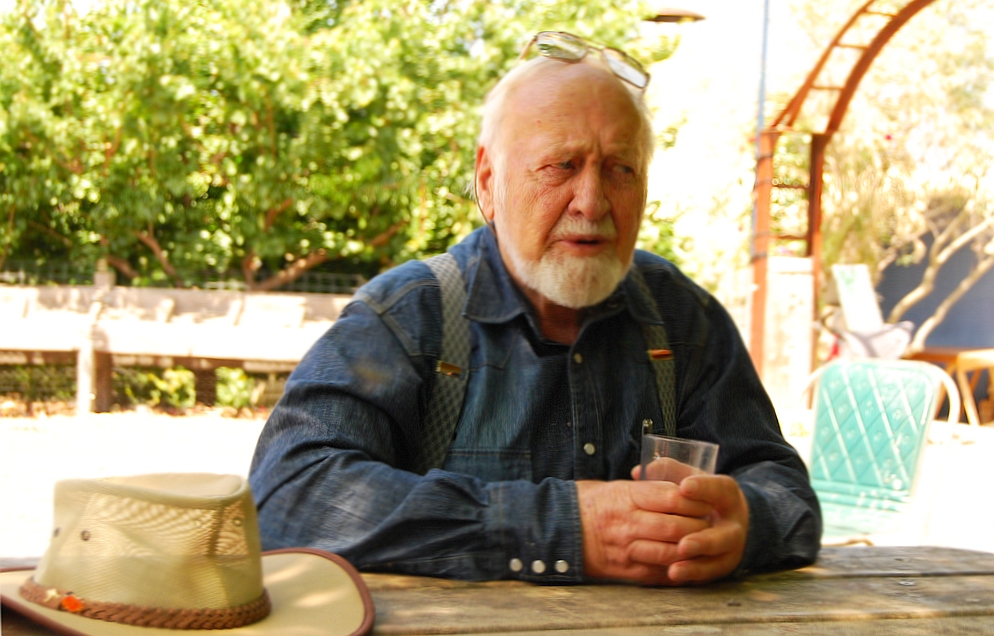 In memory of the man who conceived new ecosystems connected to permaculture and changed the way of thinking of millions of people.

On September 24th 2016, Bill Mollison, co-founder of permaculture, passed away in Hobart, Tasmania (AU). I was so lucky to meet him in person in 2010, when I attended his course on Permaculture Design in Istanbul, Turkey, along with Geoff Lawton. That was one of the last courses he held entirely by himself. During that permaculture course, I learned few important things that I will always bring with me. I’d like to share them with you because Mollison would have wanted to be known by anyone. During his life he followed many projects, he taught at University (even though he claimed it was fossilized and harmful), he influenced many people with his ecosystemic vision tightly connected to natural models and he brought to light for all of a us a new model of thinking and living.

During an interview, he was asked which was the reason that brought him to co-create permaculture. Mollison answered that it was anger and rage. He was very angry for the devastation of the environment, for the people who live in poverty, who are starving, who are treated like slaves or exploitation objects. He was angry with the international monetary system, with ignorance, with haughtiness, with the lack of humility, with spirituality and religions and with the communities (also ecovillages). He was angry with all the people who acted as if nothing was happening and didn’t realise how much they could do, by themselves or along with others, in order to make this world a better place.

Definitely he was a tough guy and certainly he was quite a character. He was a brilliant, smart, competent and studious researcher, but at the same time he was pragmatic, aggressive, arrogant, feisty, irreverent and surely challenging. Bill Mollison once said: “The tragic reality is that very few sustainable systems are designed or applied by those who hold power, and the reason why is obvious and simple: letting people arrange their own food, energy and shelter means losing economic and political control over them. We should cease to look to power structures, hierarchical systems, or governments to help us, and devise ways to help ourselves”.

Designing ecosystems by ourselves

During the course, he took us through the complex world of natural patterns, which he deeply understood and used in his lessons and projects. He wasn’t just a theorist. He was born in 1928 and in young age he became a fisherman. Then at the age of 28, in 1956, he realised how the world around him was crumbling apart and how it had become almost impossible for him to sustain himself by fishing.  In 1970, after years spent fighting against the system, Mollison isolated himself from the rest of the world, he wanted to leave humanity to its fate as he was aware that he couldn’t keep on fighting alone. In that time, someone gave him Mao’s Red Book, which he found quite unintelligible. What he learnt from that book though, was to bypass problems instead of fighting them directly.

In his isolation Mollison tried to find a solution to the problems he previously had ran into, and this is how Permaculture was born. Permaculture is not only a designing method: “the idea that we could consciously design sustainable systems which enabled human beings to live within their means and for all wild life to flourish with us”¹. The first thing that he did once he got back to civilization was starting teaching again. And it was right during a course at the University of Tasmania that he met David Holmgren, the other founder of Permaculture. In 1978, after the publication of the book “Permaculture”, he founded the Permaculture Institute, where he taught a lot of students. As a fisherman, and thanks to direct observation, Mollison had learnt how the ecosystem connections worked and how relationships among animals, insects and environment are full of energy and material exchanges.

By establishing the Institute, that no longer exists now, Mollison wanted to give a location to his teachings, a place that could put together theory, research, practice and experimentation of the techniques he proposed. In his memory about Mollison, Holmgren wrote: “Bill’s brilliance was in gathering together the ecological insights, principles, strategies and techniques that could be applied to create the world we do want rather than fighting against the world we reject”².

Permaculture: where are we in Italy