The total area of La Fattoria dell’Autosufficienza is 68 hectares, mostly covered by woods of oak, hop-hornbeam and beech (50%), grassland (35%) and crop land (15%).

The land, that has been owned by Macrolibrarsi since 2009, was previously used mainly for zootechnical purposes (beef cattle), with polyphite meadows used during the year partly for the production of forage and partly for grazing cattle.

The land is mainly exposed to the sun in the south-east direction and the dominant wind comes from the South and it's locally called "vento".

The land is mainly exposed to the sun in the south-east direction and the dominant wind comes from the South and it’s locally called "vento".

The soil is very diverse, mainly of medium texture tending to silty, with a large % of stones even on the surface and a sub-alkaline ph. In the crop land around the farm centre there is no real stratification of the soil up to 12 meters depth, where the rock is located. This is likely due to a landslide occurred in ancient times. In the higher lands instead, the rock is very close to the surface and sometimes it emerges from it.

The average annual rainfall is around 1000 - 1300 mm and it’s concentrated especially during autumn and winter, while spring and summers tend to be quite dry. The snow, which has significantly reduced in recent years (except for the extraordinary snowfall in 2012), does not remain for long on the land, due to the south-east exposure to the sun.

Water is not scarce in this area, which is actually very rich in natural springs, although, as it’s happening almost everywhere during very dry summers, the streams within the farm get dry.

For more info on environment and territory Read our article on the National Park of the Casentino Forests. 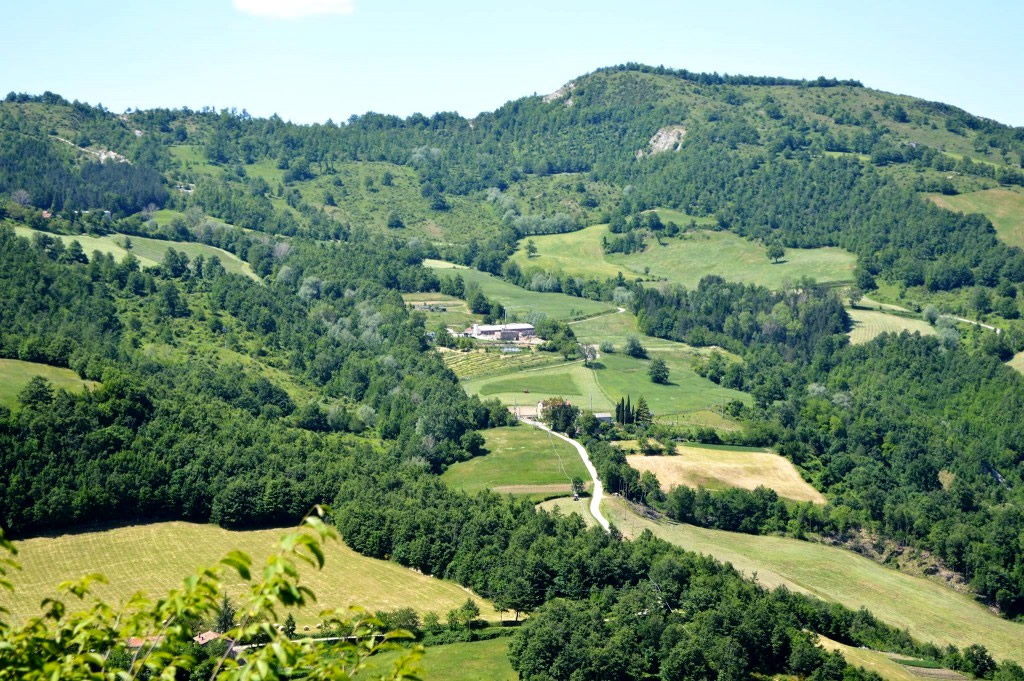 0
Activities, Things to do, Tourist attractions