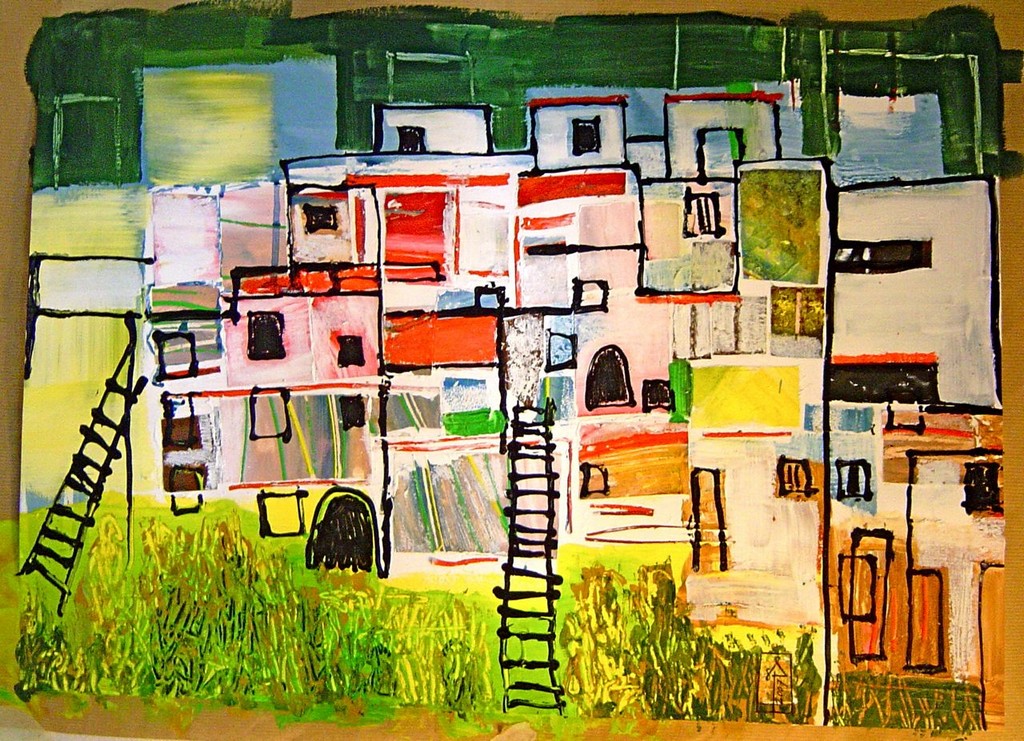 During the XX century, the medieval ecovillage Torri Superiore was gradually abandoned by all the citizens, falling into decline and becoming a ghost village. Its beautiful towers and terraces were completely deserted and in ruin.
The Cultural Association Torri Superiore, was established in 1989 just with the social purpose of restoring and repopulating this village, creating a resident community, an ecovillage and a cultural centre open to public. Today the Association counts around 30 members, both residents and not and it abide by the principles of sustainability, cooperation and solidarity. It doesn’t have any political, ideological or religious affiliation.

At the beginning of the ‘90s, the Association started negotiating the purchase of houses with a very large number of owners, through a hard and long work of research and talks. The aim was turning the village into an ecovillage, creating on site houses and resources for a new resident community.
The accurate renovation plan focuses on conservation and renewal of the structures’ medieval features by using natural and eco-friendly materials, applying green building principles and carrying out structural interventions in harmony with the surrounding environment. They used local stones, lime (for plasters and wall paintings) and insulating materials (cork, coconut fibres). All doors and windows are made of sustainable wood and were painted with ecologic paints and varnishes.

Small local companies have been hired for the renovation woks with the constant support of the members of the Association and the residents and the generous contribution of volunteer groups from all over the world.
The works started in 1997 and 2012 the guesthouse and 21 private houses out of 22 were completed. Solar panels were also installed for providing hot water and electricity. There are low temperature heating systems (they reach 18°C at maximum) both in the guesthouse and in some private houses. There is a compost toilet (outside) and a small constructed wetland used by a private house.

There are several orchards and vegetable gardens inspired by permaculture principles that provide fresh fruits and vegetables along with other cultivations that continue to be implemented. They self-produce many products such as olive oil, bread, fresh pasta, honey, jam, yogurt, ice-cream, local herb infusions and they also breed many hens.

All food waste is used to feed the animals or for compost. They separate all waste and reuse things whenever possible.

Overall, they only have 5 cars for 20 residents and they encourage the use of public transports also for guests (local train and bus). Finally, there are two beautiful and sweet donkeys that are used as mean of transport when they go to the fields.

Since 2010 they organise the cultural program “Vivere in transizione” (“Living in transition”) which include classes and seminars on sustainability in order to widespread the knowledge they have acquired through time. 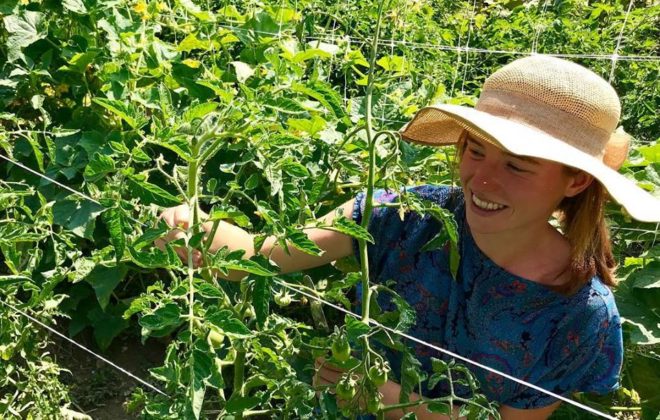