Home > News > Let’s learn from trees to be better people 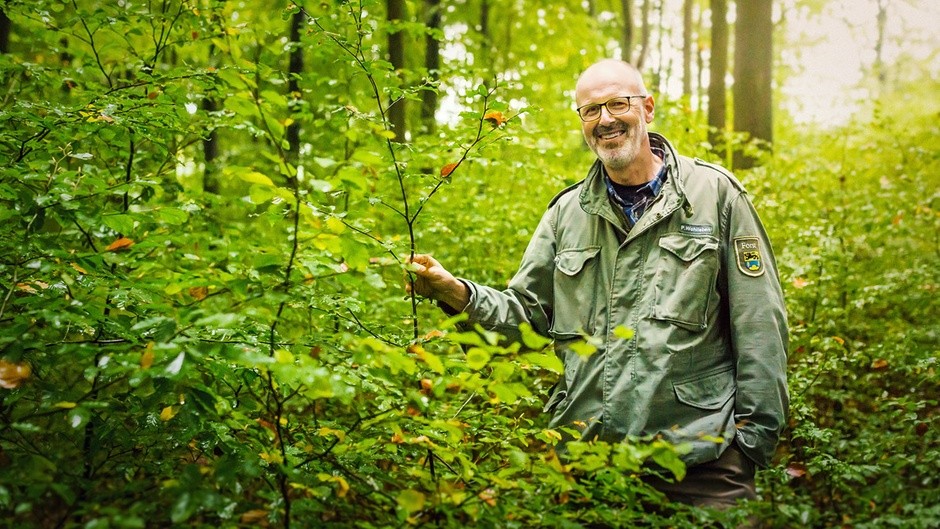 Let’s learn from trees to be better people

The seminar held by Peter Wohlleben at La Fattoria dell’Autosufficienza allowed us to take a closer look at the extraordinary organisation of the vegetal world.

In September 2016, La Fattoria dell’Autosufficienza hosted a very unique seminar held by a speaker whose CV wouldn’t let people think to be in the presence of a superstar of international educational literature.

Peter Wohlleben, author of the book The Hidden Life of Trees, served for more than 20 years as wood ranger in Germany and today, after quitting the job for putting in practice his ecological ideas, he manages an environmental forestry company in the Eifel region in Germany, where he helps forests to return to old-growth conditions.

In the past, he had already written several books on ecology, so he didn’t expect that this book on social relationships among trees would have ended up in bestseller charts and that would have been translated in more than 20 languages.

It’s clear how the interest in these topics is alive in readers worldwide and, during the seminar at La Fattoria dell’Autosufficienza, it was possible to see part of this enthusiasm first-hand. Such a great interest was revealed in advance also by the fact that the seminar sold out very quickly.

Peter made us notice a fundamental thing that we should learn from trees and that has nothing to do with mere superficial knowledge: we should take trees as an example and be more patient; we should learn the value of cooperation and mutual help, because only in this way we will be able to live in harmony with the others.

The fascinating organization of trees

The woods that surround La Fattoria dell’Autosufficienza and the proximity with the National Park of the Casentino Forests have been the perfect context for this experiential seminar with the author that took place between the main hall of the agritourism and the bordering woods for 2 and a half days.

During the first part of the seminar the participants were given valuable information on how the wood ecosystem works, on the delicate interpersonal relationships – or better said “intervegetal” – between one species and the other, on the fundamental influence that the great forests’ health has on climate, and much more. Many were the questions, the astonished gazes and the spontaneous smiles that appeared while the participants started to realise that, just like us, also trees are sensitive creatures and react to external stimulations.  Even though it’s different than what we are used to observe, also plants feel something like friendship and motherly love, as well as uncertainty and fear.

Right when the participants almost believed to be ended up in a fantasy novel, Peter showed many studies carried out by different universities and international research institutes that support these theories. It has been even proved that at the root ends of plants there are structures similar to the ones in the human brain.

And there is more! Exactly how it happens for animals, also plants show self-awareness and sense of belonging: no member of the same species is left behind by its own kind that, in case of need, can provide for its sustainment even for hundreds of years. So needless to say, we do have a lot to learn from trees. Over the first 2 days of seminar, many pieces of information were given, topics varied often and many participants took notes.

Exactly how it happens for animals, also plants show self-awareness and sense of belonging: no member of the same species is left behind by its own kind that, in case of need, can provide for its sustainment even for hundreds of years.

Peter also described the most practical aspects of life in a forest and maybe, by listening to his words, many have wondered how would be the balance sheet of many States if the position of finance minister was held by an old beech. It might sound crazy, by trees are true experts in in managing available resources, especially water. For instance, if the previous summer they suffered for lack of water because they used it too much, the next summer they will be thriftier.

An experiential seminar in the wood

The next day the seminar couldn’t be carried out in any other place but a wood, among those not always perfect trunks and branches that had been discussed the evening before. The designated wood was not far from La Fattoria dell’Autosufficienza and it turned out to be the perfect chance to show to participants some oddities that are hard to explain only by words. For example, the fact that in order to understand a trees’ age there’s no need to cut its trunk. Instead, there are many other friendlier methods, such observing the small wrinkles that form into groups on the finest branches of the tree.

Thanks to his experience and sharp observation skills, it seemed like Peter already knew the place, in fact from simple clues he could deduct many pieces of information on the fields we were walking on, for instance the presence of a juniper shrub shows that what is now a wood, some time ago used to be a grazing land. The surrounding trees were indeed very young and this could be understood by the presence of flowers and small plants on the ground due to the light that the sparse foliage let pass through.

The tour in the wood ended with an important consideration. Peter made us notice a fundamental thing that we should learn from trees and that has nothing to do with mere superficial knowledge: we should take trees as an example and be more patient; we should learn the value of cooperation and mutual help, because only in this way we will be able to live in harmony with the others.