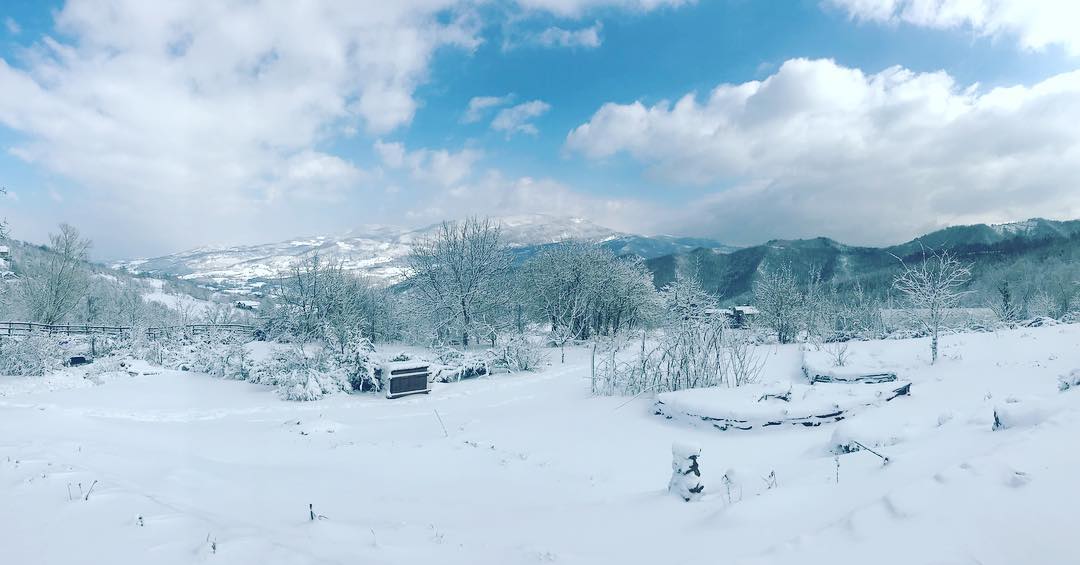 I want to give the floor to a person who, in everyday life, strives to bring freedom into his life and into the lives of those who live around him. This is an interview to Francesco Angelo Rosso, born in 1985 and one of the youngest entrepreneurs in Romagna.
Life has led him to live personal and work experiences in search for freedom, true freedom. The kind of freedom that is not without rules but can also be experienced without rules, that becomes freedom when it is linked to self-sufficiency. – By the editorial staff of Vivi Consapevole in Romagna.

Do you feel free?

Unfortunately not. I continually realise I rely on patterns, conditionings and rules that imprison me. And I realise it even more after feeling free for a few days.

Would you like to tell us how did you feel free for a few days?

It was February, 2014. After a really stressful year, I decided to drop everything for a month. I took a plane to Koh Samui and then a ferry to Koh Phangan, a small island in Thailand a friend of mine told me about.
I was alone, I didn’t have a program. I knew that on the island I would find families who rented wooden bungalows surrounded by nature and near beautiful beaches. When I arrived, it was dark and I didn’t want to look for a place to sleep, so I started walking for two hours on the beach under the stars. On my shoulders I had 15 kg of backpack and many, too many thoughts. In the end, exhausted, in the dark, understanding nothing of the place where I was, I entered the first hotel I saw along the road. A few minutes later, I was already asleep.

The next day I found out that I had ended up in a very touristy part of the island and that instead on the other side of the island, reachable only by taxi, there were families with bungalows, immersed in the forest, as my friend had said.So I took a local little boat and asked to be left on the first beach on the opposite side of the island. I started walking again and reached another smaller beach where I got attracted by a beautiful wooden building among trees and rocks called “The Sanctuary”. I found out that I could sleep there. There was also a vegetarian and fish restaurant. In the building there were temples where to practice yoga, a spa with different treatments available and a beautiful ecovillage surrounded by nature.I booked straight away an overnight stay in a shared room with sea view (amazing!!!) for 5 dollars per night. Soon I realised I was in heaven…

I didn’t have a computer with me and kept my cell phone off for the whole time. No one was looking for me. No one was expecting anything from me. I could wake up and get up whenever I wanted. I would eat when I got really hungry and drink fresh coconut on the beach. I would read in a hammock in the shade of beautiful trees and a few meter distance from the sea. I let go of all the thoughts I had on my shoulders and forgot everything. I felt free. Free from any conditioning. Free from anything I had to do. Free from thoughts. A clarity of thoughts rarely experienced before. 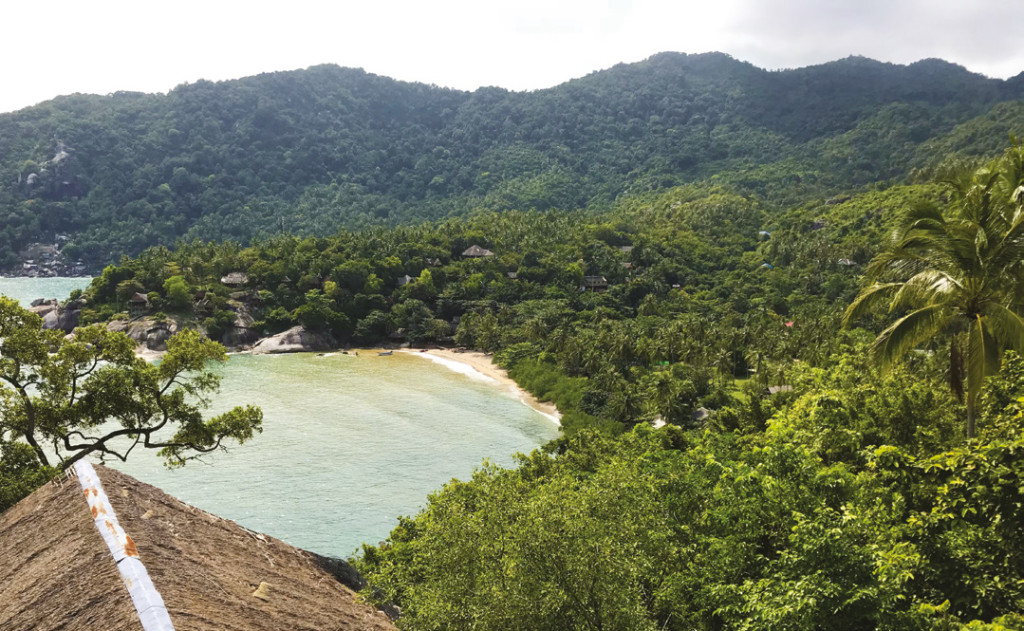 Before answering you, let me just say what self-sufficiency means for me.
I could say that self-sufficiency is synonymous with freedom, so much so that the opposite of “self-sufficiency” is “dependence” and if we depend on something, we are hardly free.
I think we should all roll up our sleeves and try to no longer be dependent on the corporations for water, energy, food and health. Unfortunately, we rarely think about these aspects, so we don’t ask ourselves who we depend on for living. Most of the so-called developed countries have left their lives in the hands of a small group of corporations of multinational companies whose main objective is to enrich themselves endlessly, without regard to our health and the environment, since they always come after profit. There is only one way to get rid of this world oligarchy and it’s stopping buying their products. For example, if we decide to buy what is possible locally, we already take a big step, we are helping our community, we are limiting the power of multinationals, we weave relationships. But we can take a further and even more noble step which is self-sufficiency.

Usually self-sufficiency is also resilience. In the book “One Second After” by William R. Forstchen, the author makes a realistic reconstruction of what would happen to humanity in case of an unexpected catastrophic event, which blasts electricity for a prolonged period of time. Those who depend on hospitals and drugs would be hopeless. Those who do not have food and depend on the supermarket would be fasting. Those who receive water through long pipes fed by pumps would remain dry. Those who can rely on their own spring water or water collected by fall, their own vegetable garden, their own wood to keep warm, who can produce their own energy, and don’t need chemical drugs… they have a much better chance of remaining unharmed in case of a catastrophe and adapting to a new way of life.

I think we should all roll up our sleeves and try to no longer be dependent on the corporations for water, energy, food and health. Unfortunately, we rarely think about these aspects, so we don’t ask ourselves who we depend on for living.

Ultimately, what is the answer? To me a person is free when he does not depend on corporations and on the many constraints they induce. Then, it he/she is free also in a broader sense, that I cannot say. Maybe she becomes a slave to the vegetable garden and her animals, but at least it’s under her control.

At what stage is your dream of self-sufficiency?

The farm La Fattoria dell’Autosufficienza is already real, even if actually it’s not 100% self-sufficient yet, as I would like it to be. The water we use comes from our springs, partly shared with other farmers, our neighbors, through a consortium that we created together.The wood stove obviously works with the wood from our forest. The fields are mulched with our wood chips and straw. We try to self-produce the seeds and in some months of the year we arrive at about 80% of self-produced food.We do not use chemicals in the fields, as well as we don’t take drugs or antibiotics in our bodies. We still have work to do from the energy point of view, but there are improvements every year.

In these years in the search for self-sufficiency, I have made a huge amount of mistakes that luckily I could afford.Maybe in the future I won’t be able to afford making mistakes and all the ones I’ve made so far will be useful to me. 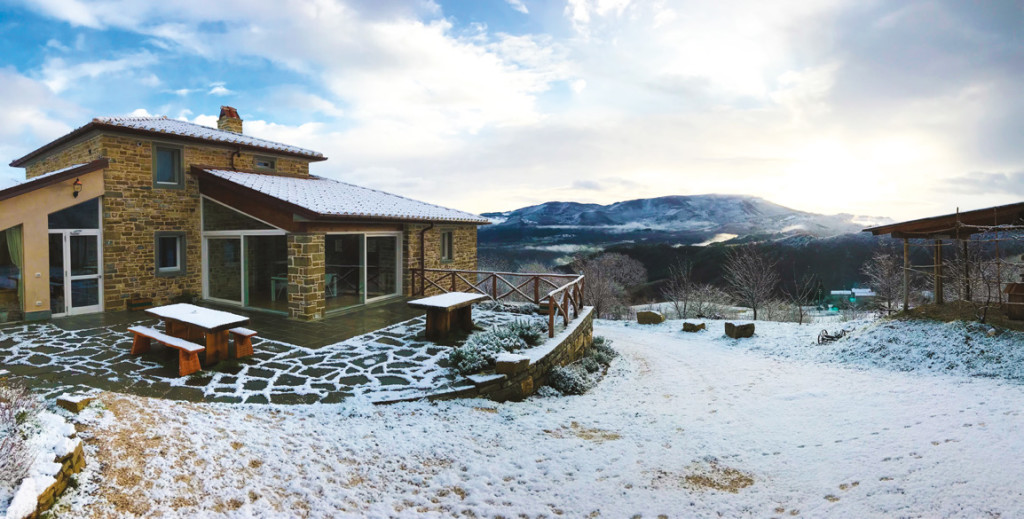 PER – Park for Renewable Energy