Home > Things to do > Tourist attractions > HISTORICAL VILLAGES of the Apennines 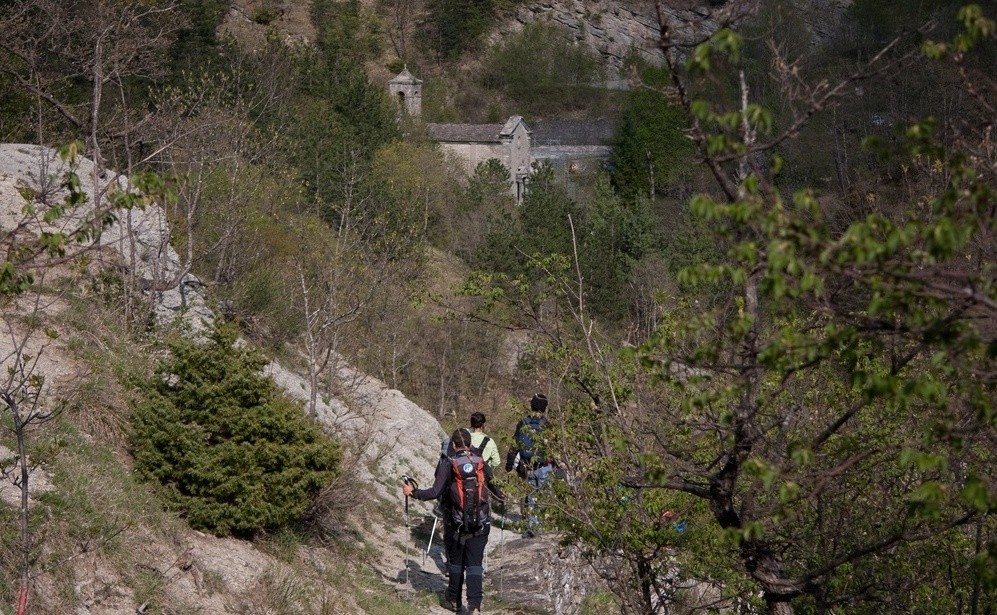 HISTORICAL VILLAGES of the Apennines

Here you will find a list of small and historical villages that are worth to be paid a visit during your staying at the Farm.


This village is located in the valley of river Tramazzo and partly in the majestic valley of river Montone.
The Tramazzo Valley has always been a passing area between Ravenna’s territory and Tuscany, as demonstrated by archaeological finds that date back to the XV century B.C. This mountain pass probably started to be used during seasonal movements of people with their livestock, especially if we consider the importance of pastoralism in that historical period. Some historians also state that even Hannibal in 218 B.C. crossed the Apennines through the pass of Mount Busca during his descent to Rome.

Nowadays it is worth to visit some historical buildings constructed when this territory was under the political control of Florence and the church of S. Michele, where it is kept a precious crucifix of the XIV century. In the surroundings we also recommend the Hermitage of Gamogna (recently renovated) that was found by Saint Peter Damian in the XI century.

An interesting tourist attraction is the smallest “volcano” in the world in the municipality of Cà Forte. The so-called “volcano” is a constant emission of natural gas that burns as soon as it gets in contact with oxygen. These emissions were exploited to a small extent during World War II and even these days many hikers use them to cook their own lunch.

Finally, in this area there are many century-old trees to be discovered while hiking.


Portico di Romagna is a typical medieval village with many ancient buildings decorated with Pietra Serena, a grey sandstone used extensively in Reinassance Florence.
On the Montone river that crosses the village there is an elegant humpback bridge, while the surrounding mountains host many majestic swift towers. Not very far there is the small village of Bocconi, with a beautiful tower of the XIV century and the three-arched bridge of Brusìa.

San Benedetto in Alpe has an enchanting city centre that develops around the ancient abbey which hosts a beautiful crypt. The more recent built-up area is the starting point for the popular hiking trails of the Acquacheta Valley.


It is the only village of the high valley of Rabbi that is surrounded by a wild and isolated territory.
Premilcuore has a characteristic fortified medieval centre overlooked by the castle of counts Guidi.
Very interesting are also the small hamlets scattered in the woods such as Castel dell’Alpe and Fiumicello, with their big stone houses, the oratories and the ancient mills.


The origin of the village is linked to the Benedictine abbey that was built in the XI century along the street to the Muraglione pass. The abbey is a renowned example of Romanesque architecture and it contains many valuable pieces of art such as the wooden statue of Saint Sebastian and the urn with the remains of Saint Godenzo.
The territory of this municipality is overlooked by Mount Falterona at which foot is located Castagno d’Andrea, the native place of painter Andrea del Castagno.

Corniolo is part of Santa Sofia municipality and it is 12-km distant from it. It used to be a feud of counts Guidi and it developed around the church of S. Pietro and the ancient city centre.
3 km away, along the road to Premilcuore, we can find the botanic garde of Valbonella, 2 hectares of an open-air museum at 700 m.a.s.l. It was built by the State Forestry Corps in 1983 and it contains more than 500 different species typical of the Apennines flora.
Travelling along the Provincial road toward the mountains and then following a track that starts on a hairpin turn, it is possible to reach the ruins of the ancient castle of Corniolo.
From Corniolo you can also reach by walking the abandoned village of San Paolo in Alpe, in the National Park of the Casentino Forests. In the hamlet of Corniolino it is also possible to observe the bridge called “Ponte dei Ladroni” (Bridge of Thieves) on the forest road to San Paolo in Alpe.
Indeed Corniolo is a good starting point for several hiking tracks that will take you along ancient mule tracks.
On March 19th 2010 a huge landslide occurred just outside the village of Corniolo. The volume of rock was estimated at 4 million cubic metres, one of the greatest landslide in Italy over the last century! The road that connects the towns of Santa Sofia and Corniolo was closed for months and during that time Corniolo was reachable only through the forest road of Braccina.
Now the road is accessible again, but the slope from where the landslide detached is still well visible although the vegetation is gradually repopulating it.

Another magic place within the National Park of the Casentino Forests is San Paolo in Alpe, an ancient human settlement now abandoned. However, the ruins of the church of Saint Augustine and its beautiful bell-gable are still visible. The village was then attacked by German troops which set fire to the church and civilians’ houses.
These days, around the ruins there are fenced fields used in summer as grazing lands for livestock and the woods that surround the strict nature reserve of Sasso Fratino.


Santa Sofia is an important centre of the Bidente Valley. The Bidente river crosses the town of Santa Sofia and for centuries it marked the border between the Papal States and the Grand Duchy of Tuscany.
Included within its municipality there are Corniolo and Campigna, a well-known village surrounded by one of the most important historical forests at national level. Another place that is worth to be mentioned is the small ski resort of Burraia-Monte Falco.

Santa Sofia is also the seat of the community of the National Park of the Casentino Forests.

This small village is located at 476 m.a.s.l. and it is reachable from Santa Sofia. Historians have found documents on this village that date back to the year 1200, when it was property of the counts Guidi from Modigliana and it was known with the name of Castrum Ridracoli.
Nowadays the village counts only 3 houses, the church of S. Martino, the Giovannetti Palace, the restaurant “Osteria del Terrore” and the humpback bridge on the Bidente river built between 1817 and 1819.
Until 1913 the village had more than 300 inhabitants, but these days only 10 people still live in Ridracoli, which is mostly populated in non-working days by the tourists that come to visit the huge dam built in 1982.

Inside the Giovannetti Palace it is possible to visit the museum of Mammals, a collection of local stuffed animals.

Pietrapazza is an abandoned picturesque village at 616 m.a.s.l. in the Bidente Valley. The only buildings left that show us the story of this ancient village are the church, the rectory, the small cemetery, a bridge and few farmhouses in ruins. Pietrapazza once counted 200 inhabitants, but then it was completely abandoned in the years 1970’s.

The church, which is still intact, was build in 1938 in honour of Saint Euphemia. From the church starts a pathway that descends to the old cemetery and the bridge on the river that here is called Bidente di Pietrapazza or Bidente Piccolo. The river forms many small waterfalls and natural pools where people enjoy bathing during summer.

Picture by our friend Ettore Roverelli.

Londa is a small village that suddenly appears among the wooded offshoots of Mount Falterona and on the edge of the Rincine torrent.
The presence of an Etruscan settlement is proved by many archaeological finds, among which the most important is the Sepulchral Stele from Londa.
Nearby, the Romanesque parish churches of S. Elena (in Rincine) and S. Leolino date back to the XI century and they are both worth a visit.


This is an age-old and well-known thermal centre of the Savio Valley. The main features of its buildings recall the long centuries under the political control of Florence.
The wide territory of Bagno di Romagna includes some of the most renowned places of the National Park of the Casentino Forests such as the plateau of La Lama and the forest of the same name, the village and dam of Ridracoli and the high terraces of marl and sandstone called “Scalacce dei Mandrioli”.

The village developed around the famous Hermitage of Camaldoli that was founded in 1012 by Saint Romuald.

STIA
Stia is an important village in the valley floor of Casentino and it has preserved the picturesque urban centre on the edge of torrent Staggia just before it joints the Arno river.
Places to be visited:

Nearby we can find the Castel of Porciano with its majestic tower, the sanctuary of S. Maria delle Grazie and the “Capo d’Arno”, as it is called the Arno river springs. Finally, it is interesting to know that in 1838 at Lago degli Idoli a huge site of Etruscan artworks in bronze was discovered.

Badia Prataglia is located in the province of Arezzo, in the Tuscan side of the Apennines, near the Mandrioli pass (about 900 m.a.s.l.) within the National Park of the Casentino Forests.
The village is composed of small groups of houses very characteristic called “Castelletti”, hidden by firs and chestnut trees. Each of them has its own name and they are within short distance between each other.
Since ancient times Badia Prataglia has been the seat of religious institutions and its history has been influenced by the relationship that monks had built with the forest over the centuries. Indeed, this relationship was not an exclusive of the monks, but also common people, carpenters and woodsmen got to know very well the green treasure that surrounded them. In 1837, for instance, as many as 40 inhabitants of the village used to migrate seasonally in order to sell their wooden products or to move their livestock to different pastures, often very far away.
In the last century Badia Prataglia was famous for its production of straw, used for making hats, bags and other items.

From a naturalistic point of view it is interesting to visit the “Carlo Simeoni Arboretum”, an “acclimatizing park” founded in 1846 and still existing today. Here a great number of exotic species were planted and at times mixed with native plants. Today the area is used as a public park where a great number of species can be seen, among them some trees of notable size.

Picture by our friend Ettore Roverelli.

Pratovecchio is located in the valley floor of Casentino, not far from Stia. In the city centre it is possible to admire examples of the traditional architecture of this place, characterised by an extensive use of arcades.
The most notable buildings are located in the small hamlet of Romena: the majestic castle and the beautiful Romanesque parish church of S. Pietro that date back to the XII century. Recent renovation works have brought back to light the remains of a pre-existing church with 3 apses that date back to the X century.

Bibbiena is an important centre in the Casentino Valley with many Renaissance and religious buildings where valuable pieces of art are guarded.
Nearby there is the Sanctuary of S. Maria del Sasso that was built in memory of the Marian apparition that took place here in 1347.

This village was famous even before the year 1000 thanks to its castle, but its fame is linked to the life of Saint Francis who obtained his stigmata here in 1224.
The Sanctuary of La Verna is the focal point of this area, a witness of extraordinary events and guardian of spiritual values and notable pieces of art. The sanctuary is also the centre of an incomparable natural landscape characterised by amazing forests and small villages.

THE SANCTUARY OF LA VERNA

HORSE RIDING THROUGH THE WOODS 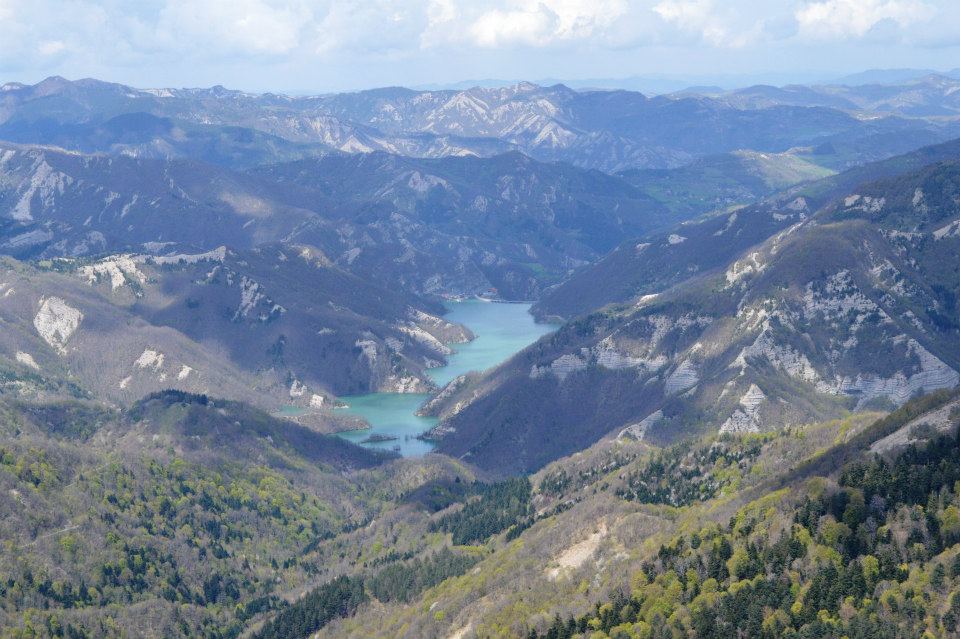