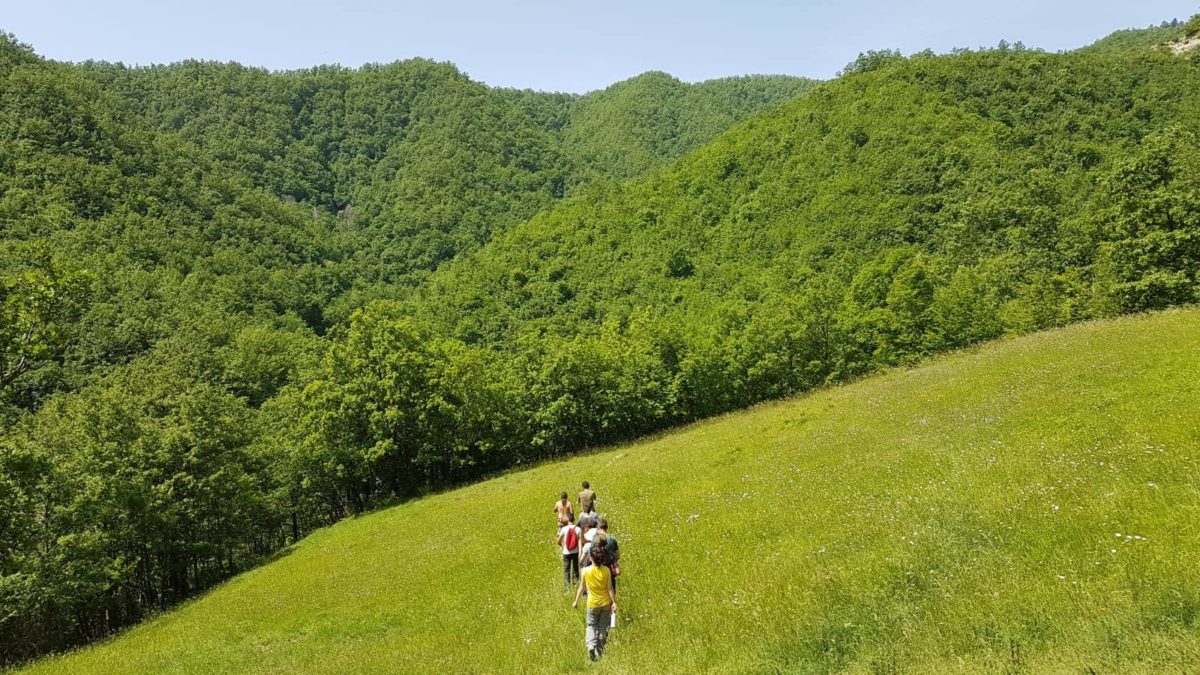 A green, flowery and unpolluted Eden where people work less and live better: here’s how to make it happen.

Dear Friends, this year I decided to spend my usual month of travel in Romagna. Yes, I know, you will wonder why travelling so close from home since I have accustomed you to my tales from Patagonia, New Zealand, Indonesia…
This time I didn’t take any plane to visit this wonderful land, because the change it has experienced in recent years has been extraordinary and has made it the most ideal place in the world to regenerate and deal with a new mentality, which focuses on life.

Where did the future come from

It all started on September 17th 2017, when 50 brave people from this region met at La Fattoria dell’Autosufficienza, a wonderful organic farm in Bagno di Romagna. Together they outlined the guidelines for a new lifestyle in harmony with nature and laid the foundations for Romagna to become a model district worldwide for the quality of life and the preservation of nature. Shortly thereafter, with 37 founding members, the Association Vivi Consapevole in Romagna was born and began to work hard to achieve this goal. Countless events and meetings with the aim of informing the local population were added to the popular magazine “Vivi Consapevole in Romagna” and the first alternative educational paths were soon launched to train young people in a new paradigm. At the same time, a group of close-knit volunteers began to develop small local organic markets, brought the idea of the Economy of the Common Good to companies and spread a complementary currency which has strongly contributed to the development of the local economy oriented towards the Common Good.

With the first successes, the confidence of the people in the Association has grown considerably and more and more people have decided to join it. Strengthened by the community that has been created, the Association has begun to support all the projects and activities that went towards the reduction of waste and the concept of a natural life far from chemistry and multinationals.
The considerable number of associates, always increasing, has allowed the Association to orient the local political institutions of each party towards an increase in the quality of life and preservation or restoration of the natural environment. A series of reforms have been implemented which in a few years have changed the habits and behaviour of the people of Romagna.

A lush and productive paradise on earth

Political corruption has been eliminated, all municipalities have begun to compile the Common Good Balance Sheet and have joined the Transition Town Network (a movement founded by environmentalist Rob Hopkins in 2005. The goal is to prepare and raise awareness on sustainable settlement issues, teaching communities how to face the double challenge of global warming and peak oil). After the municipalities, even the most reluctant companies were forced by public opinion and then by institutions to compile the Common Good Balance Sheet. The most enterprising companies have made extraordinary changes and today they compete with each other to bring the greatest benefits to the local community. Other companies that wanted to continue to pollute or that had unethical behaviour were forced to leave the district.

Today in Romagna full-time work has been abolished, people work no more than half a day and, at the same time, the full salary has been maintained, since expenses have significantly decreased thanks to community services. The remaining hours of the day are spared for resting, making food, expressing creativity, love and life, taking care of children and elderly people, conviviality and volunteering.

Parks and green areas, now widespread in all cities and towns, are filled with people every day. Walking in the wide streets is also particularly pleasant: in fact, road traffic is almost zero, as people prefer to travel by bicycles or electric public transport. On the walls of many buildings, colourful murals praise peace, freedom and social achievements.

It is not uncommon to run into parties where all smiling people dance, sing, eat and play with fun clothes and natural elements as accessories. The pretext to celebrate life is found in the water, sun, wind, trees, and everything that makes our existence “full”.

Lands and roads around the towns and cities of Romagna are scattered with vegetable gardens, flowers and fruit trees surrounded by colourful hedges. Almost everywhere there are streams, waterfalls and ponds that have been built to increase biodiversity and retain clean water as much as possible. This natural Eden has attracted thousands of butterflies, colourful birds and animals of all kinds that make every path a fairy tale.

One of the most fantastic things about my trip to Romagna is that wherever water flows, it is drinkable and very good, since there are no longer pollution sources. People here have also greatly reduced their consumption of meat and, as a result, intensive farming that was the main cause of pollution has disappeared. Landfills have also been closed as waste has dropped dramatically and what is still produced is entirely recycled.

From consumers to free citizens

Now the goods move much less, since almost everything is self-produced and consumed a few kilometres away. What they are unable to produce arrives via freight trains and the goods are then delivered thanks to electric vans and public transport that act as couriers in the most remote areas. New buildings and renovations take place entirely following green building principles and with natural and local materials. Thanks to it, energy consumption has been greatly reduced and, thanks to public incentives for renewable energy managed by cooperatives, all citizens consume the energy they produced themselves.

In cities and towns, boilers have been eliminated, so now all buildings are heated thanks to biomass district heating. The consumption of drugs, cigarettes and alcohol has dropped dramatically. Drugs, vaccines and pesticides remain largely unsold. Pharmacies have converted into shops of health where plastic boxes and pills have been replaced by medicinal herbs. The old buildings once used as schools have disappeared and with them the concept of studying and doing homework. Children up to 16 years of age spend most of their time in parks and woods. In this way the costs for managing facilities, staff etc. have also been greatly reduced.

In Romagna, students don’t study: they learn. Their natural curiosity is filled through cultural spaces where they have the chance to learn by playing when it is not possible to be outdoors because the weather is bad.

Each social sector is organized on a human scale, with the awareness that living on this planet must be conceived in the most favourable way to life. Thus, in addition to limiting working time and offering an educational experience based on play and true information, here in Romagna an existential path is being designed, from birth to the end of vital energy, in order to offer to everyone a daily serenity free of disturbances. Probably the people of Romagna have not yet achieved eternal happiness, but they have certainly learned to be satisfied.
What I am seeing on this journey is filling my heart and I am sure that I will return even more regenerated compared to my travels on the other side of the world.

I greet you all!

WILD VEGETATION of the Farm 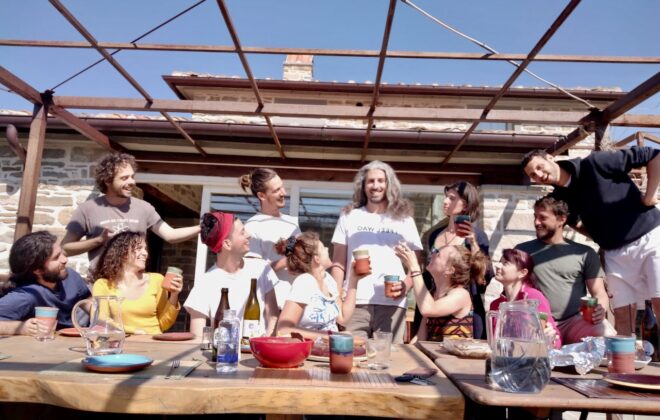 A small introduction to Permaculture