Home > News > A world in ferment 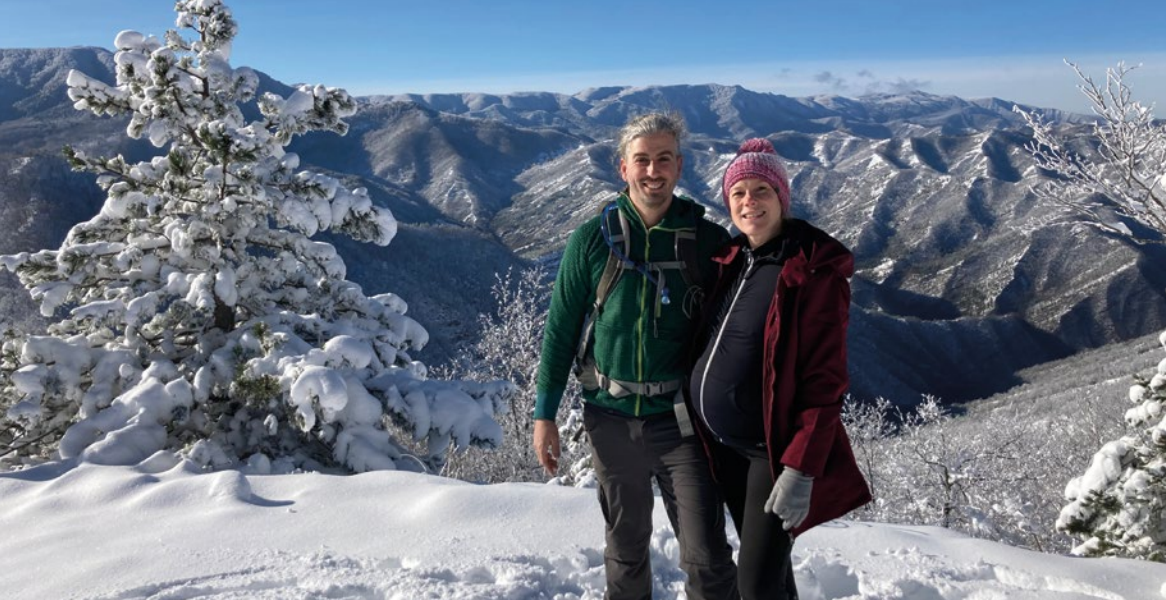 How was 2020? To this question I often receive the answer ‘s**t’, but not infrequently also the following: ‘I’m a bit ashamed to say, it was a great year for me’.
We all agree that it was a year of great turmoil, which turned our lives upside down.To find such radical changes in humanity’s way of life in history we have to go back at least seventy years, to the Second World War. We have all lost an enormous amount of certainty, which in reality, if we think about it, never existed.
Those who have profited enormously from this global health crisis have always been the ones: the big Silicon Valley corporations and the richest people in the world who have further increased their wealth. Even among ordinary people, some have fortunately found themselves reaping unforeseen benefits from this situation or, quite simply, in this nefarious year
some have had a gift from life, such as the birth of a child, which has erased all the negativity.
Many have made positive changes in their lives, such as reconnecting with nature and a less contrived world, self-producing their own food, educating their children more appropriately, taking care of their bodies, getting together with friends and acquaintances in an intentional community. Others proactively reinvented themselves by seizing the opportunities that each crisis opens up in economic, political, social and intellectual terms.
Unfortunately, most people, as spectators, have been caught in the trap of terror and fear, waiting to be rescued.

Random or not, what we are experiencing is a major transition or reset, as some have called it. The technological and digital revolution has made a huge leap in 2020, and companies such as Google, Amazon, Facebook, Twitter, Microsoft, have blatantly demonstrated how pervasive and decisive their role is, above democracies and peoples.

Thanks to the pandemic, even generations that were less inclined to online shopping, video calls and chats, have become big users of digital services.

Now, almost everyone is ready for the invasion of the Internet of Things that awaits us with 5G, robots, self-driving cars, telemedicine, algorithms to determine our purchasing choices, to direct our desires, to map our habits, to make us wish for a future designed for us by neuromarketing research: the virtualisation of life, experiences and being is already a reality. Peoples controlled by a technocratic oligarchy in an Orwellian world are no longer an apocalyptic scenario but the reality before our eyes.

Open source and its great ideals have lost the battle to a few corporations that operate beyond the market economy, beyond the rules of nations in a monopoly regime. The vision of the future of these giants who drive the world agenda, and who are often also the biggest financiers of pharmaceutical companies, is that of a genetically modified man, completely disconnected from nature and its rhythms and perpetually connected to a virtual reality.
This new lifestyle should, according to those who conceived, finance and build it, enable us to make rational choices, make us live longer, increase our memory capacity, and reduce the risks of modern life. 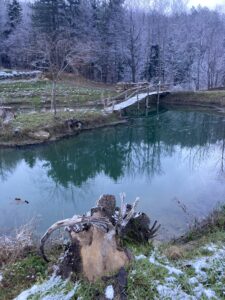 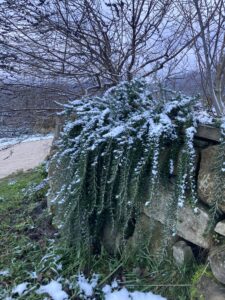 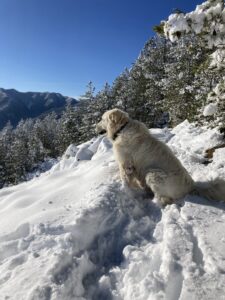 The Rebirth of Free Humans

Masanobu Fukuoka said: “Illness comes when people become estranged from nature. The severity of the illness is directly proportional to the degree of separation. If a sick person returns to a healthy environment, the disease often disappears’.

At a time in history when we have been deprived of the most basic freedoms, when we are increasingly moving towards the medicalisation of every stage of life, the digitisation and robotisation of every process
to the point of thinking artificial wombs, my son Arios was born at home in the middle of the mountains, in a magical landscape covered in snow, which in the Celtic language means ‘free man’.

Giulia experienced her pregnancy and childbirth as a sacred moment in her life, without relying on doctors or the classic protocols that regard pregnancy as an illness. Labour happened instinctively, without anyone urging Giulia to do anything other than what her body was telling her. No lacerations, no loss of blood, but above all no stress, meant that Giulia was immediately fit and with good energy. Arios, separated from his placenta after only two days, is spending his first weeks feeding and sleeping blissfully.

The house is warm thanks to the boiler where wood from our forests burns. Still in the garden, the last vegetables are being harvested under the ice and the hens have resumed egg production, after the usual break in November and December.
Soon the work of the seedbed will begin, the pruning of the small vineyard and some fruit plants, then it will be time for the seedbed and with the explosion of spring, the great work in the vegetable garden, orchards and fields will resume.
Without algorithms, platforms, chemicals, but mainly with manual work and age-old gestures, we will continue to take care of our self-sufficiency and our land.
Today, if we really want to, we can still choose whether to entrust our family, health, food, energy, sociality, and entertainment to the global technocracy that has been emerging, or to write another story altogether.

Written by Francesco Rosso.
This article appeared in the magazine Vivi Consapevole 64 (March/May 2021).